Ahead of his upcoming presentation at the RWM exhibition, Shaun Hamilton, Sales Director at Vehicle Weighing Solutions, discusses the company’s commitment to innovation and the evolution of the waste collection industry at large

They say the only thing constant is change, and this could not be more true than in the world of waste collection over the past 25 years – change that Shaun Hamilton has been deeply involved in at every level of the industry.

Beginning as a driver and operator, Shaun worked his way up to the level of Supervisor and then took up a senior role as part of the Operations Management team at East Riding Council, overseeing five depots, 300 staff and over 100 waste collection vehicles. His extensive experience of the operational side of both trade and domestic collections has equipped Shaun well for his current role as Sales Director at vehicle onboard weighing, axle overload protection and bin weighing specialists Vehicle Weighing Solutions (VWS).

“The industry has undergone radical change over the more than 25 years that I have played a part in it,” said Shaun. “In the past decade, VWS has been at the very forefront of this change and will continue to be in the years ahead.”

A quarter of a century ago, there was no weighing of any sort on refuse collection vehicles.

“A 26-tonne refuse vehicle would regularly carry 28 or 29 tonnes of waste and domestic collection vehicles would be filled two or three times a day. Inefficient and often dangerous operation was common.

“Then, overload protection systems began to emerge. At this time, load cell technology was in its infancy. Manufacturers, fitters, owners and operators – it was a learning curve for everyone involved. Load cells were generally inaccurate, improperly fitted and poorly designed.”

Over time, the technology improved, which in turn allowed for more accurate on-board weighing measurements to be made and thus overloading could be prevented. Early bin weighing systems however did not come about until the early 2000s.

“Originally, this was a stop-start process; the lift on the back of the vehicle had to be stopped for the weight to be recorded, the bin was then emptied, the lift would come down, another measurement was taken, and then the bin was placed back down. This process was often inaccurate and added 1.5-2 seconds to the total operating time per lift – this does not sound like a lot, but it certainly built up over an entire day.”

At the same time, RFID technology for bin identification was emerging, yet was “horrendously unreliable”, with only a 65% read rate observed by Shaun and the team at East Riding Council. Legislation on axle and underbody weighing was also introduced, which meant overloading on both axles and gross vehicle weight was subject to enforcement. Intelligent barrier movement on a refuse vehicle, which relocated the barrier from the rear to the front of the vehicle to take weight off the axles, was a leap forward for many bodybuilders. All these changes were driven and facilitated by technological innovation, which continues to this day.

The proliferation of Pay By Weight (PBW) schemes for trade waste collection in recent years has been another frontier of innovation in the waste management sector.

“Seven years ago, 5% of refuse collection vehicles that VWS worked on had PBW systems installed – now, that figure is 95%,” said Shaun.

An as-yet unrealised domestic PBW scheme in the UK would undoubtedly increase the level of recycling, as well as drive a greater demand for environmentally sustainable and recyclable packaging and push manufacturers towards a more ‘circular’ approach to the creation of goods. A domestic PBW scheme would also cut down the amount of residual waste and lead to a reduction in the frequency of collections – a particularly attractive proposition for councils in an era of austerity. There is however reluctance amongst local authorities to innovate in this field, as Shaun describes.

“In my opinion, the reason for this is that there are so many different wards and councils across the UK, and no one wants to put their head above the parapet and be the first to introduce such a scheme for fear of reprisal from the voting public,” said Shaun. “However, I am optimistic for change, given ongoing domestic trials in a few different councils across the UK. A programme of incentivisation, for example by rerouting the money saved through a PBW scheme into local infrastructure improvements, may be the answer.”

Whilst domestic schemes may currently be lagging behind, PBW schemes for trapde waste have existed for around five years now. A key provider of systems for trade waste management, the expert development team at VWS have engineered ENVIROWEIGH, a fully dynamic bin weighing system for the modern waste management sector.

“As a company, we have spent years and made a significant financial investment in perfecting a dynamic bin weighing system that will work with all lift manufacturers at all speeds.”

A trade bin typically takes between 7-10 seconds longer to lift than a domestic bin. Previous iterations of bin weighing systems for trade waste would not necessarily operate at the speed required for domestic bins. With ENVIROWEIGH’s ability to operate at all speeds, this is now an issue of the past.

“Whereas other systems may only operate at a particular speed, our dynamic ENVIROWEIGH system is highly flexible and will work at any speed the manufacturer sets.”

VWS has also made a major investment in RFID technology, including in-house manufactured RFID antennas and the VWS performance RFID tag. The antennas ‘read’ the RFID tags with outstanding reliability to allow the waste collector to track and manage every bin efficiently.

“For the waste collection industry at large, I think every bin moving forward will be chipped with a performance tag, which will then be read,” commented Shaun. “The bin will subsequently be weighed by a dynamic weighing system, such as ENVIROWEIGH. This reading will then be linked through an ERP or Enterprise Resourcing Planning software system like PurGo from our associated company, VWS Software Solutions, which will track and monitor the weights from each bin collected. This will allow the customer, be it the local authority or a private waste management company, to identify overloaded bins and manage costly customers appropriately.”

Speaking to Shaun, it is clear that he and the entire team at VWS are true specialists in the overload protection and bin weighing market. Their comprehensive product range exemplifies their expertise and is a major reason for the company’s highly regarded position in the industry. For more than a decade, VWS has driven the conversation and offered innovative technologies to support the continued growth of their customers. VWS has a legacy of leading the only thing constant in our sector; change. 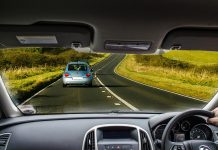 Build back better: Now is the time to prepare post lockdown standards 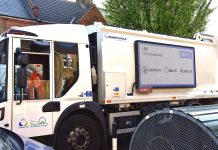 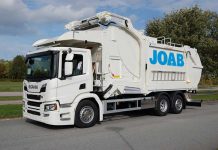