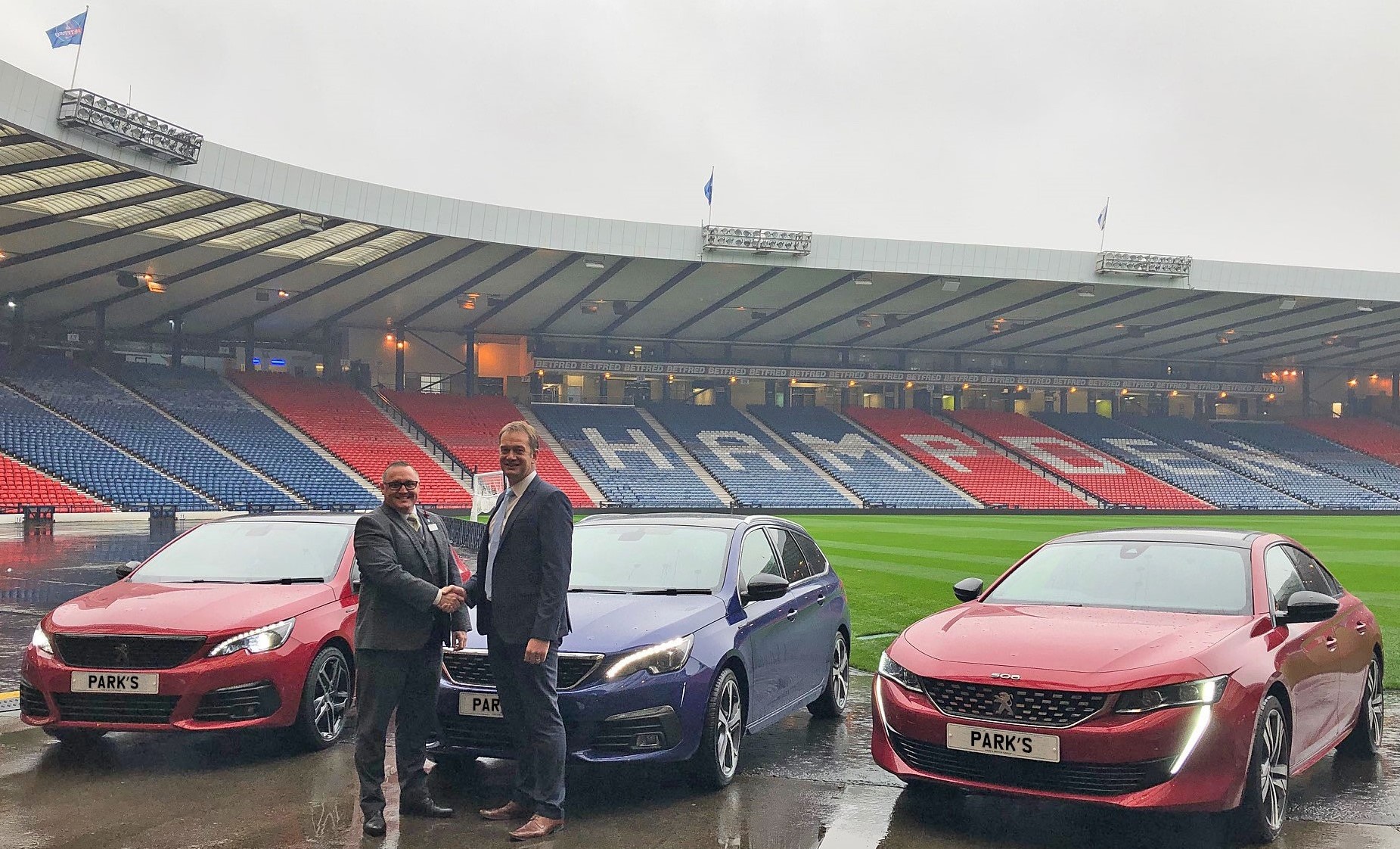 The Scottish Football Association has upgraded its vehicle fleet with a selection of Peugeot vehicles. Groupe PSA’s connected leasing company Free2Move Lease funded the purchase, which includes Peugeot’s 308, 308 SW and 508 cars as well as a Peugeot Boxer van.

The vehicles will help the Scottish FA support programmes centred around young footballers. The 308 will be used by the Elite Coaching Team, and the 508 by the Under 21 Team management

All are powered by the BlueHDi 130 S&S diesel powertain. The SW models are equipped with the EAT8 eight-speed automatic transmission and the five-door models with six-speed manual transmission.

The Boxer van is one of the largest in Peugeot’s LCV range, a 435 L4H2 variant, powered by the company’s efficient BlueHDi diesel engine.

Scottish FA Commercial Director Chris Rawlings said: “Scottish FA coaching staff travel the length and breadth of the country frequently as they strive to develop our talented young footballers. We are delighted to have the support of Free2Move Lease which will provide our coaches with the use of a fleet of PEUGEOT vehicles as we aim to inspire a nation to love football.”

“We are very proud to be funding this important supply agreement for the Scottish FA”, says Mark Pickles, General Manager, Free2Move Lease UK, “We have put together a package to fund the cars over a three-year time period helping to ensure that the Scottish FA can carry out its important coaching work using stylish, safe and modern low-emission cars.”