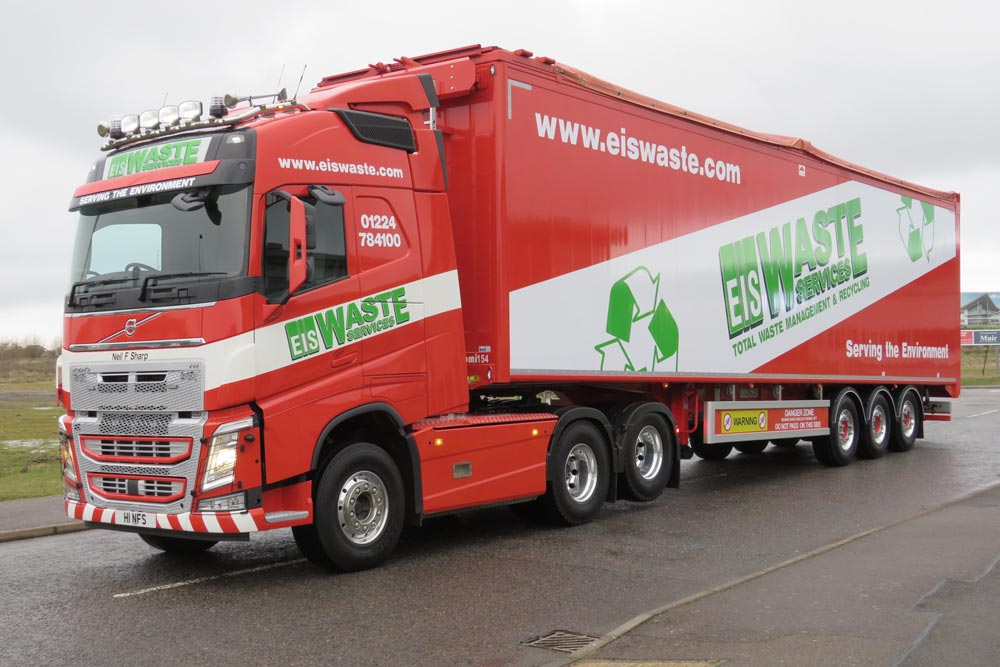 EIS Waste say they don’t know how they ever worked before fitting Brigade’s systems to their fleet of vehicles after not only reducing vehicle damage and false claims but also improving efficiency.

EIS Waste Say: “We Don’t Know How We Worked Before Fitting Brigade’s Systems.”

EIS Waste say they don’t know how they ever worked before fitting Brigade’s systems to their fleet of vehicles after not only reducing vehicle damage and false claims but also improving efficiency.

Initially Brigade’s Backeye®360, supplied by Dingbro Ltd and fitted by Taylor’s Auto Electrical, were fitted solely to improve safety and reduce vehicle damage. Backeye®360 is an intelligent camera monitor system designed to assist low speed maneuverability by providing the driver with a real-time surround view of the vehicle in a single image. The four wide angle cameras enable a better view of the hopper and beyond than conventional cameras.

Then the company decided to fit mobile digital recording. The Backeye 360 cameras are connected to Brigade’s MDR-304A digital recording system enabling EIS waste to review footage in the event of incidents.

EIS Waste’s Transport Manager, Raymond Henderson said: “In one incident our driver was on a dual carriageway and the lorry driver in front was driving erratically, speeding up and slowing down continuously. Our driver decided to overtake the vehicle to avoid it. He pulled into the outside lane to overtake and as he did the third party driver left their lane and bounced into our vehicle, ripping the side of their lorry. The third party driver blamed our driver. I sent a copy of
the MDR footage to their transport manager who withdrew the claim.”

To repair the specialist aluminium side would have cost EIS Waste £60k or gone knock-for-knock through insurers, but EIS were able to retain their insurance premiums with concise evidence they were not at fault. Being able to exonerate drivers from false claims and accusations of driver behavior also prevent internal investigations and court action, saving time and money.

Digital recording can also improve safety in the less obvious ways. Raymond explains: “EIS Waste provides a refuse collection service. In one incident a customer was emptying fire extinguisher powder into the bins. Our driver got covered in the powder which can be dangerous especially if inhaled. We were able to identify who was doing it and tell them what they were doing was wrong.”

Backeye®360 and MDR as a combined system can improve efficiency. Raymond goes on further to
describe how: “We make refuse collections for a large bakery. Our driver was using a front end loader to empty the large containers. He emptied the first and second. While he was empting the third container bakery staff were filling the first one up again. The manager then phoned to say that we had not emptied one of their bins. I argued that we had. She disputed this but did not want to pursue the claim when I offered to send the CCTV footage. Before we fitted MDR, we would have returned to the site which is 20 miles away and emptied the bin again free of charge, thus costing us money. People think the 360 degree camera systems are good for preventing accidents but there are greater benefits than safety alone. When connected to MDR, the wide angle lenses pick up much further afield than normal cameras. That is great for service systems.”

EIS Waste have reaped benefits in many ways, saving money, time and improving efficiency. So what is their overall opinion of Brigade’s systems? Raymond said: “I don’t know how we ever worked before.”

EIS Waste Services is a local company, based in Aberdeen from where collection, treatment, recycling and waste disposal services are provided throughout the North East of Scotland.  As a long established waste removal company our priority has always been to provide a prompt  reliable service available 24 hours a day.

The comprehensive range of services is backed by over 40 years` experience of many aspects of waste collection, recycling and disposal in the industrial, commercial, construction and domestic sectors.

Our client companies are of all sizes, from local authorities to many of the area`s major industries.  These include the oil industry, construction, commercial and engineering companyies as well as retail and shipping enterprises.

EIS Waste Services has developed a new modern Treatment/Transfer/Recycling Facility at Gallowhill, Checkbar, Nigg, Aberdeen. We are continually looking at new technologies to expand the range of
services for our Clients.

The Company has a large Transport and Waste Collection capability with extra Skip, Ro/Ro and Compaction vehicles currently being added to increase our general waste collection/sorting capabilities. Paper, Plastics, Wood, Cardboard, Rubble, Soils and Metals are removed from the general waste streams and either processed on site or transferred to appropriately licensed Recycle Facilities for further processing.

Brigade Electronics Group Plc was established in 1976 and is a global market leader in reversing safety, all-round visibility and collision avoidance. The company’s reputation is built upon the quality and reliability of its products and its service and support. The Brigade group is based in the UK, has subsidiary companies in the USA, Canada, Germany, France, Italy, The Netherlands and South Africa, and is in partnership with over 50 specialist distributors worldwide.