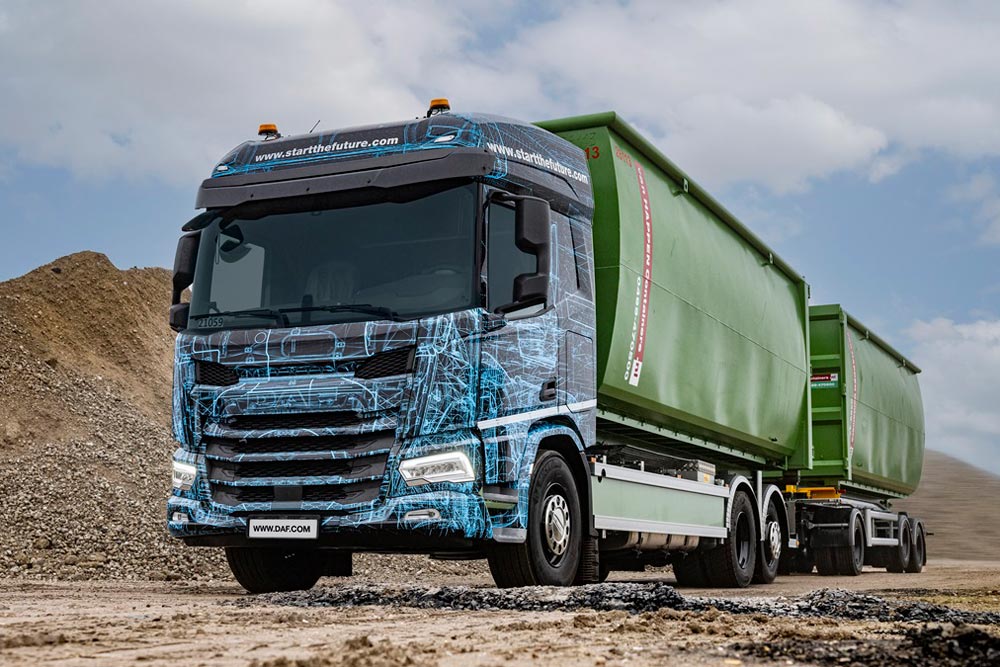 Together with leading customers, DAF Trucks has started extensive field tests as the final phase in the development of an entirely new generation of distribution trucks.

These will share the unrivalled DNA of the New Generation XF, XG and XG?, featuring the highest levels of quality, safety, efficiency and driver comfort.

The launch of the New Generation XF, XG and XG? has been a tremendous success all over Europe. After the first test drives, the series were widely praised by the trade press and crowned ‘International Truck of the Year 2022’ shortly after. With an impressive orderbook of nearly 20,000 units before production officially started in early November, the triplets broke all records in the 93-year history of the Dutch truck manufacturer.

The field-tested New Generation DAF distribution trucks make use of the same platform as the award-winning, new long haul and heavy duty trucks, the first commercial vehicles developed with the new European Masses & Dimensions regulations in mind. Obviously, just like their siblings, the new series of distribution trucks will push the boundaries in terms of road safety, efficiency and low emissions, as well as of driver comfort.

“With the game-changing XF, XG and XG?, DAF started the future of long and heavy haulage”, commented Ron Borsboom, executive director Product Development. “Now, we are on our way to start the future of regional en national distribution as well. Direct vision, seating position, ergonomics, fit & finish, it will all be of a new league, next to superior vehicle efficiency and ride & handling.”

DAF will unveil its New Generation of distribution trucks in the second half of the year. The new series will become available in addition to the wide range of the popular and versatile DAF CF trucks.