eActros LongHaul to hit the road in 2022 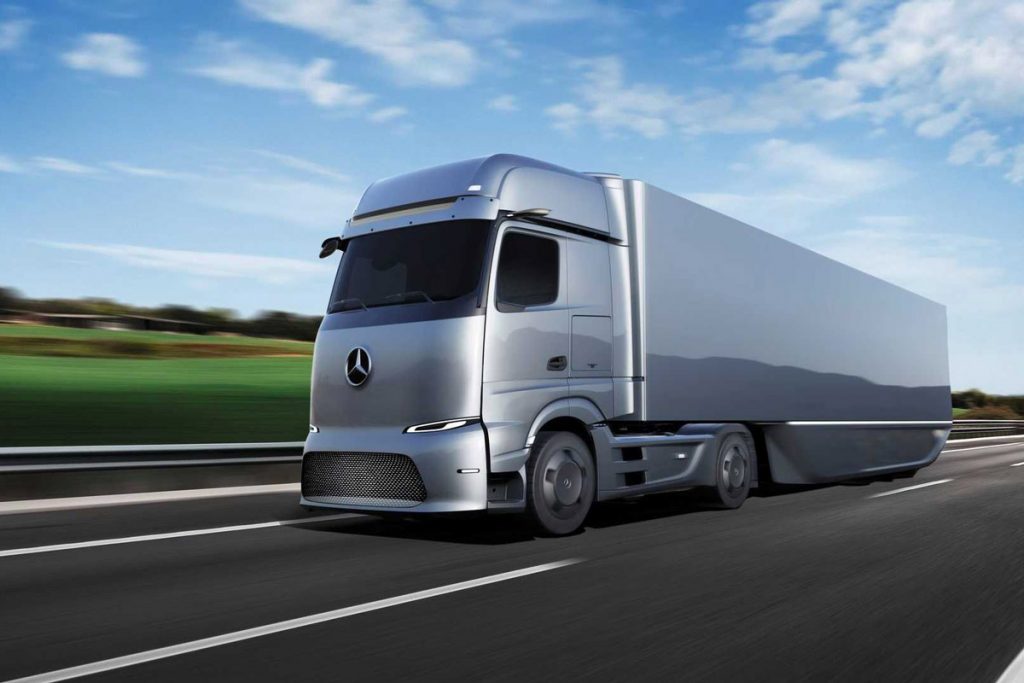 Following the market launch of the eActros for heavy-duty distribution transport in 2021, Mercedes-Benz Trucks is systematically pressing ahead with the introduction of additional battery-electric models for this and coming years.

For the important long-haul segment the eActros LongHaul, with a range of around 500 kilometres on one battery charge, is scheduled to be ready for series production in 2024.

The first prototypes of the 40-tonne truck are already undergoing internal tests and Mercedes-Benz Trucks’ engineers are planning to start trials of the e-truck on public roads this year. The eActros LongHaul will enable high-performance charging – so-called “megawatt charging”. Mercedes-Benz Trucks is also preparing additional variants of the eActros – specifically of the eActros 300 and the eActros 400 – and, as early as July, the eEconic for municipal use is scheduled to roll off the production line at the Wörth plant as the second all-electric series production vehicle.

The goal of Mercedes-Benz Trucks is to increase the share of locally CO2-neutral new vehicles in Europe to more than 50% by 2030.

In order to further introduce truck customers from all over Europe to e-mobility, the manufacturer is organising an event lasting several weeks around the Wörth site starting in early June. Experts from Mercedes-Benz Trucks will inform a total of some 1,000 participants on the central aspects of e-mobility, from infrastructure and services to electric models. In addition, customers will have the opportunity to drive the eActros 300 on demanding routes and with realistic payloads.

Karin Rådström, CEO Mercedes-Benz Trucks: “The tremendous interest in our eActros driving event in Wörth is further proof of the popularity e-mobility is already gaining with customers. Customers are thus sending a strong signal to all stakeholders to combine efforts and quickly put more and more electric trucks on the road, expand the charging infrastructure and create cost parity.”

In depot charging, Mercedes-Benz Trucks is working together with Siemens Smart Infrastructure, ENGIE and EVBox Group. In terms of public charging for long-distance transport, Daimler Truck, TRATON GROUP and the Volvo Group have signed a binding agreement to establish a joint venture. This will provide for the development and operation of a public, high-performance charging network for battery-electric heavy-duty long-haul trucks and coaches in Europe. The charging network of these three parties will be available to fleet operators in Europe regardless of brand.

The goal of the ‘High-Performance Charging in Long-Haul Truck Transport’ (HoLa) project, with the participation of Daimler Truck and under the aegis of the German Association of the Automotive Industry (VDA), is to plan, erect and operate a select high-performance charging infrastructure for battery-electric long-haul truck transport. Two high-performance charging points with the Megawatt Charging System (MCS) are to be erected at each of four locations in Germany and tested in real-world applications. Various other consortium partners from industry and research are involved in the project.

The battery-electric eEconic will mark its trade show premiere on May 30 at IFAT, the world’s leading trade show for water, sewage, waste and raw materials management, in Munich. The eEconic scores particularly well in urban applications in the early morning hours thanks to its lower noise emissions. The eEconic’s vehicle architecture benefits from Daimler Truck’s global platform strategy: The powertrain of the low-floor truck is based on the Mercedes-Benz eActros, which has been in series production at the Wörth plant since October 2021. Since May 2022, FES Frankfurter Entsorgung- (Waste Management) and Service GmbH has already been using a near-series eEconic in Frankfurt am Main for municipal waste collection.

As of April of this year, Mercedes-Benz Trucks has been equipping the eActros with the enhanced second-generation MirrorCam, which features improvements in terms of display and safety in particular. Externally, the camera arms on both sides have been shortened by ten centimetres each. One of the advantages of these new dimensions is that drivers immediately find it easier to drive in reverse than with the first-generation MirrorCam, as the MirrorCam’s perspective is now even more similar to that of the familiar glass mirror.

Daimler Truck’s ambition is to only offer new vehicles in Europe, Japan, and North America that are CO2-neutral in operation (‘tank-to-wheel’) by 2039. The two battery-electric models Mercedes-Benz eCitaro and Mercedes-Benz eActros have already been rolling off the assembly line in series production since 2018 and 2021 respectively. The Mercedes-Benz eEconic, the FUSO eCanter and the Freightliner eCascadia will follow later this year, and additional locally CO2-neutral vehicles are already planned. In the second half of this decade, the company plans to further supplement its range of vehicles with series-produced vehicles powered by hydrogen-based fuel cells. Putting CO2-neutral transportation on the road by 2050 is the ultimate goal. 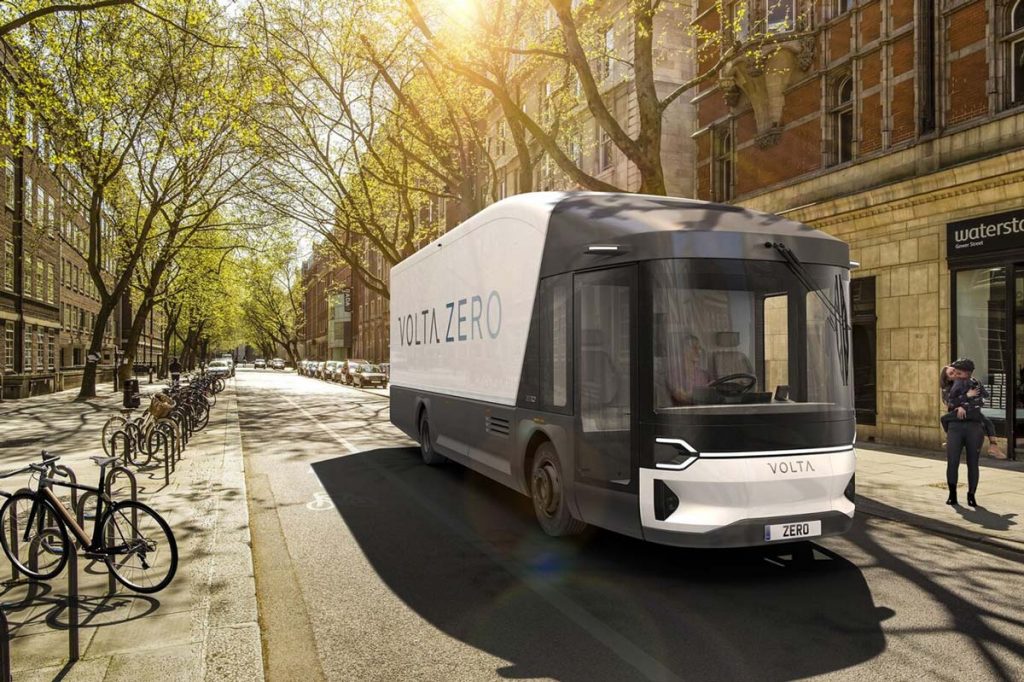 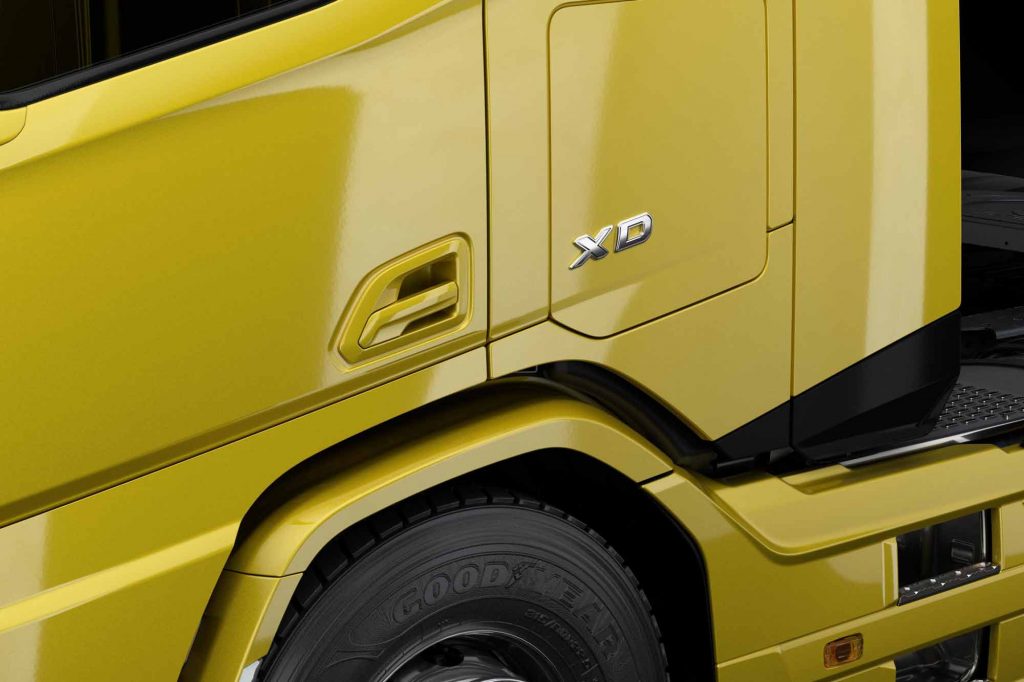