Dumfries based haulage company, Currie European Transport, has raised a phenomenal £20,000 in aid of Cash for Kids, the largest ever single donation raised for the charity in the Dumfries & Galloway area.

The money was raised after the company decided to dedicate two trailers to publicise the Cash for Kids cause. An array of local businesses are advertising on the new trailers, which had their grand unveiling at the Crichton Campus last week. The Currie European trailers can now be seen in action across the country, highlighting awareness of the charity.

Founded in 1981, Cash for Kids was created to support children living in difficult circumstances. It is currently estimated that over a quarter of a million children in Scotland are living in poverty. The Dumfries & Galloway branch of the charity uses funds raised to provide opportunities for children who would otherwise miss out on childhood experiences that many of us take for granted.

Currie European is a long time supporter of Cash for Kids, having previously delivered a large donation following their successful staff truck pull through Dumfries High Street last December. Managing Director, Stephen Turner, said of their latest project; “I am delighted we have been able to present a substantial cheque to Cash for Kids locally. On behalf of Currie European Transport Ltd I would like to thank each of our sponsors for their support which has made this project so successful. Currie European and our sponsors are very proud to be associated with the Cash for Kids charity and I am sure both of our Cash for Kids liveried trailers will now help raise the profile and awareness of this great charity as they travel throughout the UK.”

Tommy Jardine, the West Sound Cash for Kids Coordinator, said; “We are absolutely delighted with the overwhelming success of this project and for the largest donation to date for our local charity. A huge thank you to everyone involved.” 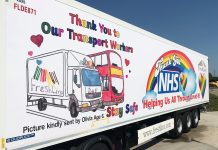 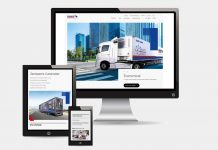