MAN Truck & Bus UK led the fleet for the Olympic Parade in Manchester on Monday.

Simon Elliott, managing director of MAN Truck & Bus UK, said: “As soon as we heard the Olympic Parade was to be in Manchester we knew we could offer our assistance with trucks and drivers.

“It was a fabulous opportunity to mark the success of Team GB. The athletes brought home 67 medals from Rio, 27 gold, 23 silver and 17 bronze, which is certainly a feat worth celebrating.

“It was a pleasure for MAN Truck & Bus UK to be a part of the event and our trucks and volunteer drivers carried the team through the streets of Manchester with great pride.”

MAN has its own flagship dealership in Trafford Park Manchester that is a purpose-built commercial vehicle branch. It opened in June 2009 and represented a £9 million investment featuring state-of-the-art facilities.

“There are 85 people employed here, most of who come from the Greater Manchester area, and their roles vary from technicians to sales and administration staff.

“I am delighted to say that in the last few years MAN in Manchester has been increasing its turnover year-on-year and has also increased the number of employees to reflect that growth.

“It is our dedicated bus and coach centre and is also one of our specialist TopUsed centres in the UK.” 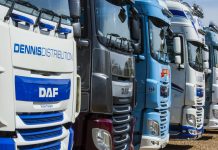 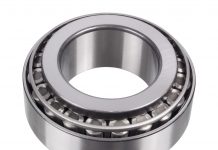