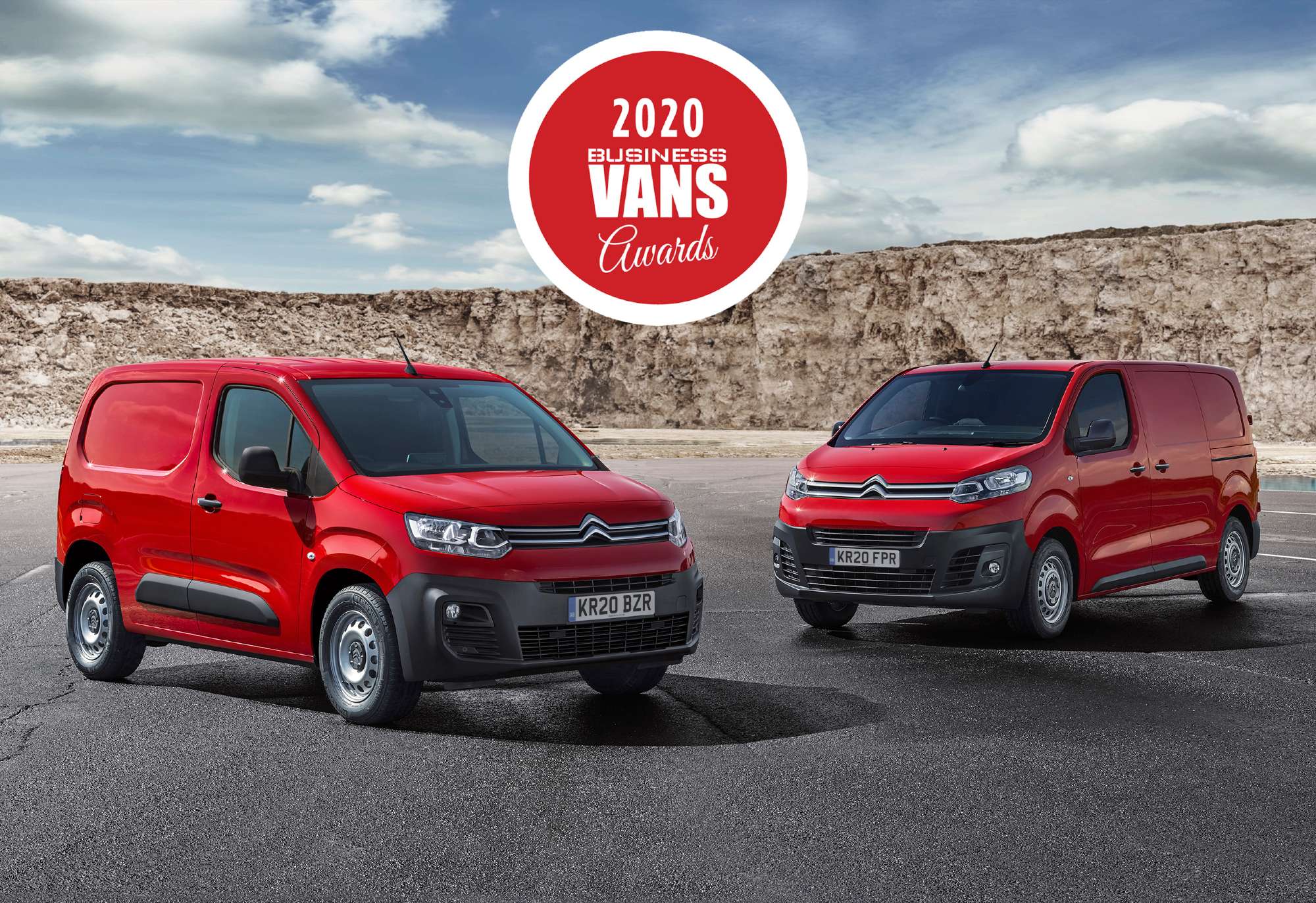 It has been another successful year for Citroën in the 2020 Business Vans Awards, with the French van manufacturer securing not one, but two titles: ‘Best Small Trades Van’ and ‘Best Large Trades Van’.

Citroën Berlingo Van was honoured with the ‘Best Small Trades Van’ title, for the second year running, whilst the judges were also impressed with the bigger Citroën Dispatch, naming it ‘Best Large Trades Van’. Both models’ ability to blend generous equipment levels, efficiency and innovative features, coupled with a strong business centre network, were all cited as key reasons for the awards.

These latest accolades are the sixth and seventh awards to be awarded to Citroën UK so far in 2020, with Berlingo Van having already been honoured twice this year, alongside C3 Aircross Compact SUV, Grand C4 SpaceTourer and the Berlingo passenger vehicle.

“The Citroen Berlingo Van features some of the lowest fuel consumption in its class and the latest Euro 6.3 petrol and Euro 6.2 diesel engines. We loved innovations such as the Surround Rear Vision system, using rear and side cameras to provide a rear view even on models with standard unglazed rear doors.”

Dispatch is also available in ‘X’, ‘Worker’, ‘Enterprise’ and ‘Driver’ trim, with the most recent addition to the range – the BlueHDi 120 S&S EAT8 M Enterprise – introduced as a second Dispatch variant with an automatic transmission. Dispatch is available in three lengths, ranging from a short wheelbase ‘XS’ derivative to the largest ‘XL’ version offering a long wheelbase maximised load length.