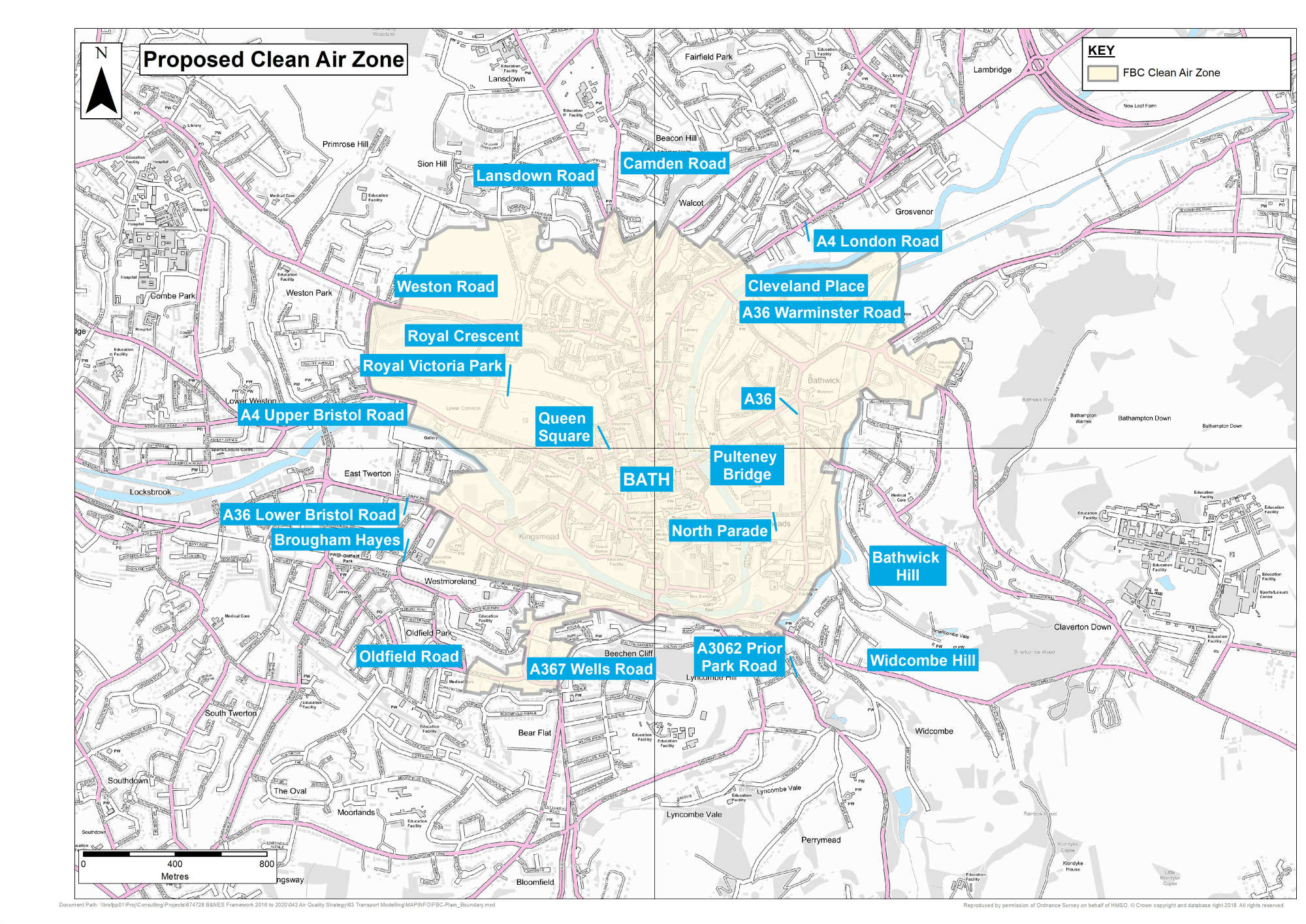 A scheme to charge highly polluting vehicles entering Bath’s city centre has been approved by Bath and North East Somerset Council (BANES). Under the scheme, high-emission commercial vans will be charged £9 per day to enter the Clean Air Zone, while HGVs and buses will be charged £100. Private cars will be exempt, with private hire vehicles and taxis being subject to the £9 charge.

Initial plans were floated to charge private cars, however, these were dropped after 8,400 responses were made against it.

The Clean Air Zone will extend across a large part of central Bath, including sections of the A36 and A4.

The plan will need government approval before it goes ahead. The council aims to launch the scheme in November 2020.

The scheme will use a camera system to enforce the Clean Air Zone. BANES has secured £6 million of funding, but will need an extra £18 million to implement the network.

The plans were made after the government ordered the BANES council to bring nitrogen dioxide limits within the legal limits. The UK currently has an objective of ensuring that nitrogen dioxide levels do not exceed 200 micrograms per cubic metre more than 18 times per year.

The council also expects the Clean Air Zone to reduce traffic in the city centre as well.

Some groups are unhappy with the new Clean Air Zone plan. Chris Yarsley, Policy Manager for the South West at FTA, commented: “A Class C charging Clean Air Zone (CAZ) is the worst option for businesses in Bath and the regional economy; it will directly impede the work of the region’s business community.

“FTA is disappointed by Bath & North East Somerset Council’s decision to proceed with an air quality scheme that will exclude private cars and place the heavy financial burden of improving the city’s air quality on commercial vehicle operators. This decision is tantamount to a stealth tax on the hard-working local businesses and vehicle operators which already contribute so much to the public purse and help keep Bath functioning by delivering the goods and services that supermarkets, schools, and other businesses need operate.

“While FTA and its members are fully supportive of the need to improve air quality in the UK’s cities, a charging CAZ is not the most effective method to do so; other solutions can deliver a better outcome in a quicker time frame, without damaging the local economy. In the view of FTA, Bath & North East Somerset Council would be better placed to concentrate on traffic management and encourage the uptake of ultra-low emission vehicles.”

The move is part of a wave of cities banning polluting and heavy vehicles from their town centres. London has plans to expand its Ultra Low Emissions Zone (ULEZ) in 2021, and Bristol will restrict diesel vehicles in its city centre in the same year. Southampton and Leeds have also got plans agreed to introduce Clean Air Zones.