Two thirds of news retail outlets in London are “likely to be affected” by disruption to deliveries this summer, a figure that has prompted Menzies Distribution to introduce a number of changes to its time critical delivery service.

The wholesaler, which has 2300 customers across the capital, has been working with retailers and publishers as well as representatives from LOCOG and Transport for London to develop a thorough contingency plan including the introduction of extra vehicles and earlier delivery times during the Games.

A dedicated Games Team, set up in January last year, has held a series of briefings at its headquarters in Menzies Distribution’s Bow depot with publishers and retailers to share its plans and to discuss the potential of earlier deadlines and deliveries.

Menzies Distribution Central Logistics Development Manager Stuart McLean said: “The Olympics will bring increased traffic to London, although the truth is no-one really knows how much.

“What we do know is that it won’t be business as usual and we need to protect our time critical delivery service as much as possible.

“It’s a delicate balancing act for us – we need to look after the needs of publishers who want to include the latest news in their newspapers and magazines, and the retailers who want all products to be available first thing in the morning when they open up.

“That is why we are looking so carefully at timings and vehicle planning, and why we have shared our plans early with publishers and retailers. We are now discussing the potential of earlier deadlines and earlier deliveries.

“Ultimately we want to do everything we can to minimise disruption and maximise sales.”

As well as monitoring traffic congestion throughout the Games, Menzies Distribution will be analysing sales data to ensure retailers can respond to demand.

The team is looking to maximise opportunities to sell newspapers and magazines on the Torch route, at hotels, travel outlets, bookstalls, media centres, campsites, and major retail points – including foreign publications for international visitors.

McLean said: “Our aim first and foremost is to protect existing sales but we are also keen to make the most of all opportunities for ourselves and our customers.

“Our challenge will be to follow consumer demand and to react quickly to sales figures, paying special attention to travel outlets where we are going to see the biggest increase in pedestrian traffic.”

AA calls on fleets to prepare drivers for wintry conditions 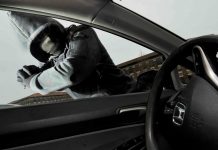 Stolen vehicles and equipment cost businesses more than £16,000 each year