A lack of adequate security at motorway service stations is leaving the nation’s lorry drivers vulnerable to attacks that endanger their lives and cost the UK economy millions. Editor Joe Wyatt spoke to Karen Roberts, Director of the Roberts Organised Alliance for Drivers, about how the Government must do more to protect them

With more than 90% of goods transported via heavy goods vehicles on road networks across the country, lorry drivers play an integral role in the day-to-day operation of the UK. After long, arduous journeys, HGV drivers come to a stop to rest and recuperate in the car parks of motorway service stations. But a lack of 24/7 security at these stops is leaving drivers and their lorries vulnerable to crime. Incidences of theft, assault, harassment, damage to vehicles, and even arson are all too commonplace. Now, a new petition raised by Karen Roberts, Director of the Roberts Organised Alliance for Drivers (R.O.A.D), is demanding greater protection for drivers and their freight at motorway services across the country.

“Current government legislation mandates that motorway services must provide free parking for lorries for up to 2 hours, which is good,” says Karen. “The legislation also states that security patrols are ‘permitted’ around motorway services ‘for which an additional charge can be levied after an initial 2 hour period’. However, while this charge for parking for more than two hours is in place, there is more than often no security. An Automatic Number Plate Recognition or ANPR system will be in place but criminals often remove their number plates to avoid being traceable.”

Daily attacks endanger drivers and cost millions
Karen showcases daily incidences of freight crime in her ‘Drivers Beware’ series on Twitter and Facebook. These include the slashing of lorry curtains, the theft of goods, fuel and personal belongings, and, in some cases, hijacking.

“These criminals are armed with hefty knives to make slashes in lorry curtains, as well as large cutters to break into containers. They are armed and there have been cases of assault against drivers. Some have been attacked as they leave their cabs, others have had their seatbelts cut.

“We see a lot of peepholes being slashed into the curtains that cover the sides of lorries; small holes that criminals use to look inside at the goods being transported to see if they are worth stealing. If they are, they cut large holes in the curtains, take the goods, and disappear. Just recently, 8 trailers at Birch motorway services on the M62 were slashed.

“It takes an average of four to six hours to have the lorry curtains repaired. This delay costs time and money – and all too often, when the drivers finally reach their destination with their payload, the goods are rejected because they may be contaminated, so they have to take them all the way back. The cost of this to the industry is horrendous.

“With service stations charging up to £36 per night for parking, it is appalling that they do not offer adequate security. In my experience, if you look at truck stops that do have roaming security patrols, freight crime is very scarce. For example, since Moto [the UK’s largest provider of motorway services] added security patrols at Cherwell Valley and Donnington services, there has been very little, if any, criminal activity. All they added was an additional two-pound charge on the parking – two pounds is very little to the drivers compared to the benefits of getting a good night’s sleep and feeling safe.

“Changing the legislation on the provision of security patrols around motorway services from ‘permitted’ to ‘mandatory’, as this petition demands, would enable these drivers to sleep properly at night without being vulnerable to freight crime. This will save millions of pounds in stolen goods and damage and could also save a driver’s life. It is in everyone’s interest to make this change to the legislation.”

“The Government has a duty of care”
Karen has previously raised a petition on Parliament.co.uk to build more truck stops with modern facilities across the UK. After being shared extensively across social media, the petition reached over 10,000 signatures, which mandated a response from the Government. This led to the chairing of a working group to address “the availability and standard of facilities” as well as the setting up of a “national survey of lorry parking… [to understand] what facilities are needed and where they should be sited”. With this new petition, Karen hopes to increase pressure on the Government to protect and improve driver welfare.

“Lorry drivers are core to our country. Without these drivers, our shelves would be empty, we would have no fuel to put into our cars, our homes would have nothing in them. We like to be able to sleep in our homes and feel safe and lorry drivers are no different. The lorries are the drivers’ homes; they eat and sleep in their cabs as they are on the road and away from their loved ones for most of the week, if not longer. The facilities at the services themselves are severely lacking and I believe the Government has a duty of care to these drivers.”

Karen Roberts and the team at R.O.A.D campaign for better working conditions for HGV and other professional drivers in the UK. R.O.A.D provides its members with access to legal and insurance cover, and financial advice from accountants and bookkeepers, as well as reduced fees for medicals, Driver Certificate of Professional Competence (DCPC) licenses, and ADR vocational training for drivers carrying hazardous goods.

To sign the petition to make it mandatory for motorway services to provide security patrols in overnight parking areas, go to: bit.ly/FACTSmotorwaysecurity 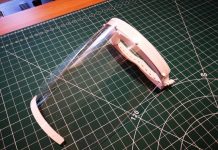 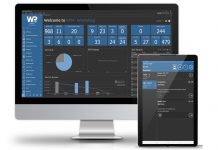 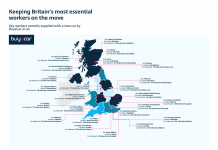