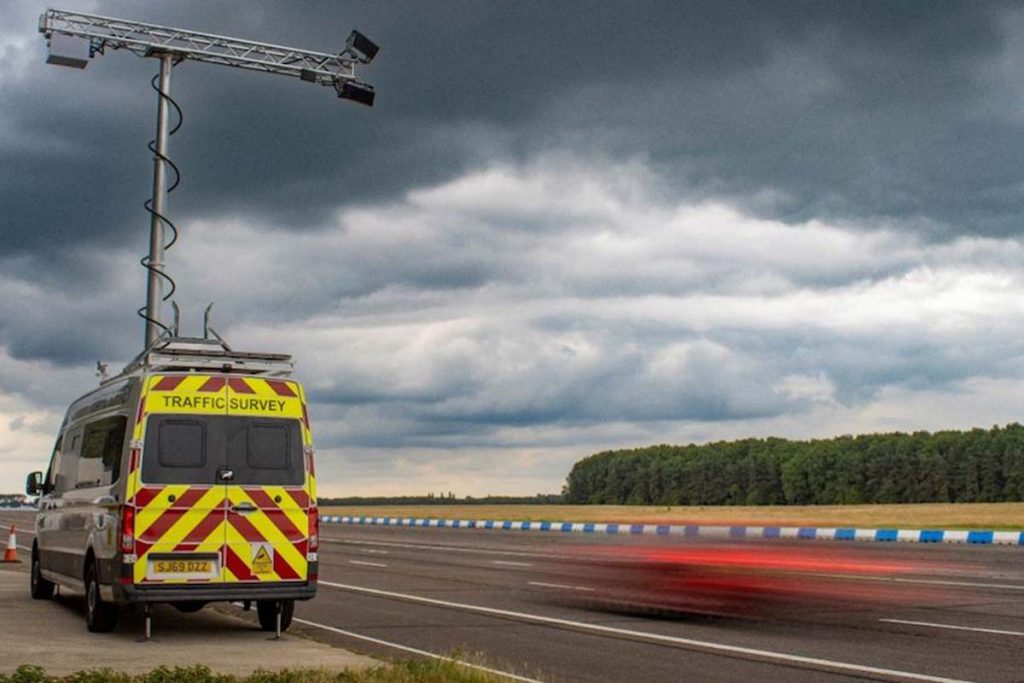 New mobile technology capable of automatically detecting motorists who fail to wear a seatbelt or hold mobile phones at the wheel is being trialled in the UK for the first time under plans to boost road safety.

A new van packed with detection equipment has hit England’s motorways and major A-roads as part of a research project carried out alongside Warwickshire Police to understand the scale of the problem around these dangerous motoring offences. As part of this work, drivers will be sent warning letters in partnership with the police force, informing them of the dangers of their actions.

The ‘sensor test vehicle’ is equipped with multiple cameras which can record footage of passing motorists. Images captured by the cameras are processed using artificial intelligence (AI) to determine if motorists were using a handheld mobile phone and drivers and passengers were without a seat belt. The van is also capable of being kitted with additional technology to detect tailgating offences, although this system does not form part of the latest trials in Warwickshire.

The vehicle, which will be stationary at the side of the road while in use, is being trialled over a period of almost three months.

The warning letters, issued by police, will remind drivers that they could be fined up to £500 for not wearing a seat belt in addition to penalty points. Drivers will also be asked to complete a short survey which will be used to inform National Highways’ research. Using the technology in a van will allow National Highways to test it across different types of road to better understand driver behaviour across the network.

The van is initially being employed for a around three months. Findings will inform the next steps and any future deployment.

This research forms part of National Highways’ commitment to road safety as its number one priority. England’s motorways are already among the safest roads globally and the company has an ambitious strategy to further improve safety over the coming years. This includes a long-term commitment to cutting the number of people killed or seriously injured on the strategic road network to zero by 2040.

Government figures show that there were 420 collisions on British roads in 2019 in which the driver was using a mobile phone at the wheel. Separate figures show that failure to wear a seatbelt has been attributed to one in four road deaths.

“Safety remains our top priority and we want everyone to get to their destination safely. Sadly, there are still drivers who do not feel the need to wear a seatbelt, become distracted by their phones or travel too close to the vehicle in front. We want to see if we can change driver behaviour and therefore improve road safety for everyone. Our advice is clear; please leave enough space, buckle up and give the road your full attention.”

“Despite the often-reported dangers of distracted driving and failing to wear seat belts, the numbers of people killed or seriously injured as a result of these behaviours remain high. The technology AECOM is deploying makes detection straightforward and is providing valuable insight to the police and policy makers on the current level of road user behaviour. We are really keen to use this equipment to raise awareness and help improve road safety for all.”

“We are really excited to see the impact that this new technology has on the behaviour of drivers in Warwickshire.

Our officers deal with the tragic circumstances of collisions where often innocent people have been killed or seriously injured because a driver was distracted by a mobile phone or someone was not wearing a seatbelt. These collisions are preventable but we need all road users to do the right thing and comply with the law to make our roads safer.

During the trial the most serious breaches may be prosecuted, with others receiving warning letters, giving us the opportunity to explain how they have been caught and asking them to change their behaviour. Next time they may not be so lucky.”

Around 25% of road deaths were linked to not wearing a seatbelt in 2018. In the same year, 117 people were killed or seriously injured in a collision where the driver was found to have been distracted. A recent trial of new static road side tailgating cameras on a stretch of the M1 captured 60,343 occasions of vehicles driving too close, in just one year.

The advice from National Highways is clear: leave plenty of space, buckle up and leave your phone alone.

AECOM previously worked with Acusensus (road safety AI specialists) to trial a fixed camera that could detect drivers not wearing seatbelts and holding a mobile phone. The fixed camera was installed on the M4 in Berkshire last year and detected nearly 7,000 people failing to belt up and over 25,000 drivers holding their mobile phone in just six months.

It was the first time this technology has been used anywhere in the UK. The same system was deployed for the first time in New South Wales, Australia, in 2019. Over the last two years there has been a significant and sustained reduction in road fatalities compared with other states and territories in Australia.

Separately, National Highways trialled new tailgating cameras on a stretch of the M1 near Northampton. They captured 60,343 instances of vehicles driving too close in one year (October 2020 to September 2021).

Although the research is funded by National Highways, enforcement of motoring offences will remain a matter for individual police forces.

National Highways also operates three HGV cabs that are used by police to monitor driving on the strategic road network. Around 250 dangerous drivers a month are caught as part of the Operation Tramline programme, with handheld mobile phone use and not wearing seatbelts being some of the top offences identified by police.