Nobody wants to be hit with a fine, but overloading is an easy way to get one. It is not just the careless or dishonest who are at risk – a vehicle that started a journey at its legal limit might still fail a roadside inspection. This is because each axle has a weight limit and as loads shift during transit or during unloading, one axle may become overburdened.

This makes an accurate weighing on-board system that measures each axle essential for all fleet operators, big or small.

Red Forge is a family-owned vehicle weighing system maker based in Worcestershire. It offers basic overload protection for a variety of vehicles up to highly accurate load cells.

FACTS spoke with Andrew Freeman, Red Forge’s Managing Director, about the company’s history and what it can offer its clients. The company was founded by Andrew’s father, John Freeman, and a few of his colleagues after they were made redundant.

“My father was a very active member of the local Institute of Road Transport Engineers (IRTE) organisation. During this time he was asked, as he was an electronics development engineer, to look into a problem that some of the members were starting to experience. This problem was truck overloading and the fact that vehicles were starting to be stopped and weighed.”

John’s first creation was the Axalert™, a dashboard-mounted indicator that could display the vehicle’s loading status. Trucks could be weighed anywhere, removing the need for a weighing bridge. “The first Axalert™ was installed in 1983 to a Midlands Electricity Board vehicle,” Andrew recalled.

After that, Red Forge’s product range expanded to include a van-sized indicator, Limitlite™. “These products have evolved into one of the most reliable axle load Indicators on the market today,” Andrew said.

These were joined by Omniweigh™, a load cell-based on-vehicle weighing system offering the complete package for the fleet user.

“We are pretty unique in the fact that we offer a continuous warranty for parts and labour for genuine failures providing the product is maintained regularly,” Andrew said.

Andrew pointed to a recent increase in sales, driven by a greater awareness of vehicle overloading due to the customer’s requirement to use smaller weight capacity vehicles. “This means that vehicles are more likely to become overloaded,” Andrew said.

“With the growing emphasis on duty of care toward the driver, installing a Red Forge, British-designed, -manufactured and -installed, on-vehicle weighing systems is an ideal way of ensuring compliance and at the same time supporting British ingenuity combined with the understanding of the issues the vehicle operator faces.”

There are many dangers caused by overloading, beyond the risk of fine and delays. “One of the areas that operators tend to forget if found to be running overloaded is that their insurance could be void,” Andrew said. “If, for instance, an overloaded vehicle is involved in a road traffic accident and is subsequently found to be overloaded there could be a view taken that the vehicle was in an unroadworthy condition by the insurance company. It is doubtful that an insurance company would pay out if this were the case.” Not only could the resulting fine put a company out of business, it is likely to include a custodial sentence for the driver and responsible upper management.

For companies that pick up variable loads with multiple drop off points, on-board weighing systems are essential. Every day operations come with numerous risks of overloading that operators have to look out for.

Andrew also advised cautions when choosing accessories as these can reduce payload capacity of individual axles.

“Many crew cabs cannot take the number of people that there are seats for as the front axle will go overloaded well before these seats are all used,” he added. “Don’t forget to include the driver’s and any passenger’s weight, a full tank of fuel, full tank of Adblue, tools, the driver’s lunch box, etc. We have found many 3.5-tonne GVW vehicles that are almost up to weight on an axle before any payload is added, especially the front axle.” He also advised being careful when buying new vehicles. “The wrong vehicle choice up front can mean ending up with a fleet of unusable vehicles.”

Red Forge’s weighing systems are designed to be simple and easy to integrate with on-vehicle telemetry (VTS interface). This allows live axle loading and weight information to be passed back to the office.

“Our simplest systems just offer loading percentages in the form of a bar-graph for the front and rear axles and a percentage loading for the gross weight,” said Andrew. “We find this simple display is all that is required without overloading the driver with information.

Andrew advised that the system be recalibrated annually to ensure that is stays accurate. “Many companies state they want to perform this task themselves but we very often find that in reality this never happens. Most operators however choose our systems because they are looked after and we provide documentary evidence to this effect for maintenance records upon request.”

This simplicity and reliability is what makes Red Forge’s products so robust and popular. “Red Forge products are engineered to last,” Andrew said. “We even have customers asking to take our system off that has been on their vehicle for five years and transfer it to a new vehicle as the system still works perfectly.” 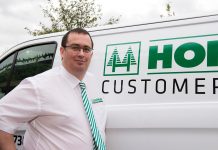 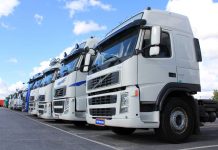