More van and light goods vehicle (LGV) operators may be unwittingly increasing their fuel and running costs, and reducing their safety by overloading their vehicles.

The warning has been issued by TyreSafe, the UK’s leading tyre safety organisation, after the latest VOSA effectiveness report showed that the LGV overloading prohibition rate by traffic enforcers increased from 66.9 percent in 2008/09 to 72.7 percent in 2009/10. Unless operators compensate for carrying heavy loads by increasing their tyre pressures to the recommended levels, their tyres will wear out quicker, their fuel consumption will increase and their safety may be compromised.

“Overloading in itself is a serious safety hazard which operators must address, but even if they are carrying legal loads, they should ensure their tyres are adjusted and inflated to the correct pressure,” explains Stuart Jackson, Chairman, TyreSafe.

“If tyres do not contain enough air for the load being carried, they are much more likely to experience a rapid deflation which can result in a terrifying accident. There are also other significant downsides such as longer stopping distances, reduced stability, increased tyre wear and higher fuel consumption.”

The effects of overloading and under-inflation are very similar. In these states, excessive heat builds up inside the tyre which significantly increases the likelihood of experiencing a dangerous blowout, particularly on high speed motorway journeys.

When under-inflated, the tyre’s contact patch with the road surface is reduced to two smaller areas towards the outer edges of the tread. With the full vehicle load placed on these two areas, the tread wears at a much higher rate forcing replacement much earlier than would be otherwise needed.

By running tyres at just 80 percent of the recommended pressure, operators can expect tyre life to be reduced to around 75 percent. If the pressure falls to 60 percent, they can expect to achieve just 35 percent of the potential mileage from the tyre.

When van tyres are inflated to the correct pressure for the load being carried, they help the vehicle to travel further on each tank of fuel and reduce the amount of CO2 emissions produced. Calculations from one TyreSafe member show that when tyres are under-inflated by just 20 percent (around 6psi), 3 percent more fuel is used. 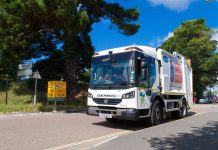 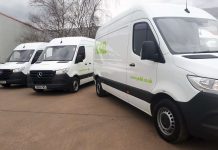