Not-for-profit road safety organisation TyreSafe has re-elected Stuart Jackson as its chairman for a further two years. Jackson first took over at the helm of the organisation in 2009 and this is the second time he has been re-elected.

“TyreSafe has become a huge part of my life because of the valuable contribution it makes to improving safety on the UK’s roads,” said Stuart Jackson, Chairman, TyreSafe. “I hope I can continue to play a key role for many years as although we’ve come a long way, there’s still much to be done.”

Since its inception in 2006, TyreSafe’s activities have helped reduce the number of people killed or seriously injured in a tyre related incident by 38 per cent. However, each year more than 1200 people are still killed or injured in an accident where illegal, defective or under-inflated tyres were a contributory factor.

TyreSafe’s membership has enjoyed continued growth during Jackson’s tenure and now includes not only tyre manufacturers and retailers but also car manufacturers, insurers, equipment suppliers and other relevant road safety bodies such as police forces, the Highways agency and the Association of Chief Fire Officers.

Together the association’s members have had a number of notable successes in raising awareness about the dangers associated with illegal and defective tyres. These include numerous national newspaper articles, radio interviews and even an appearance on BBC TV’s The One Show.

Jackson added: “TyreSafe’s members work tirelessly educating motorists about the dangers of defective or illegal tyres, so my thanks go to them for their continued support, dedication and enthusiasm.” 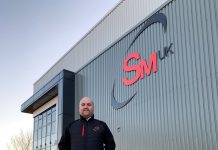 Brake pads with febi, because every inch counts!