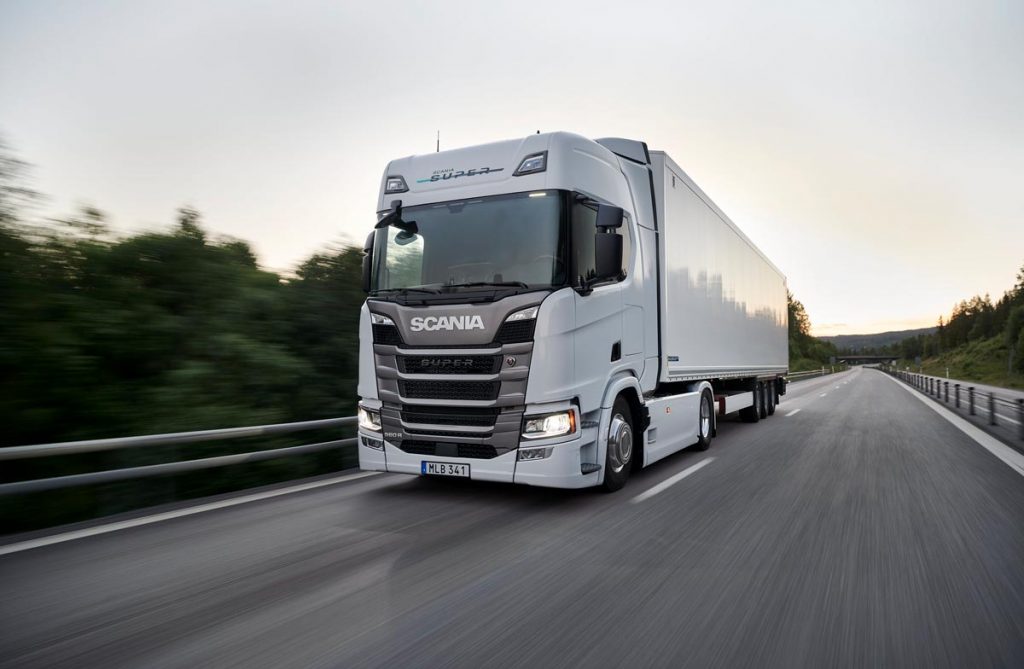 Scania has launched what it claims to be “the world’s most sustainable powertrain with a combustion engine”, and is promising an improvement in fuel economy of at least 8%.

In a nod to its heritage, the driveline, which consists of a new 6-cylinder 13-litre engine, gearbox and back axle, will be known as the Scania Super Powertrain.

The DC13 engine, which contributes 5% of the fuel economy improvement, features a dual overhead camshaft and a twin SCR AdBlue dosing system first seen on its latest V8.

The engine is matched to a pair of Opticruise gearboxes, the recently launched G33CM and the new G25CM. They contribute 1% to the overall fuel efficiency improvement. A further 1% comes the new R756 single reduction low-friction rear axle, which was developed by sister company MAN.This is the first common driveline for Traton, and although launched initially in a Scania, it will be available to Navistar in 2023 and MAN in 2024. “It will be the group’s 13-litre, and will bring scale and fantastic performance to the brands that utilise it,” explained Christian Levin, CEO and president of Scania and Traton.

Scania is also launching a new chassis layout, which it is calling Modular Architecture Chassis (MACH). With a new set of frame hole patterns, it is said to offer increased flexibility, so increasing the number of chassis layouts available. There is a completely new range of diesel fuel tanks too, ranging from 165 to 700 litres.

Other than a Super badge and graphics, there are no other external modifications to the cab. It’s a similar story inside too, where the only changes are additional colour schemes and new mattresses.

The Scania Super is available to order now, with first UK deliveries expected in October 2022.