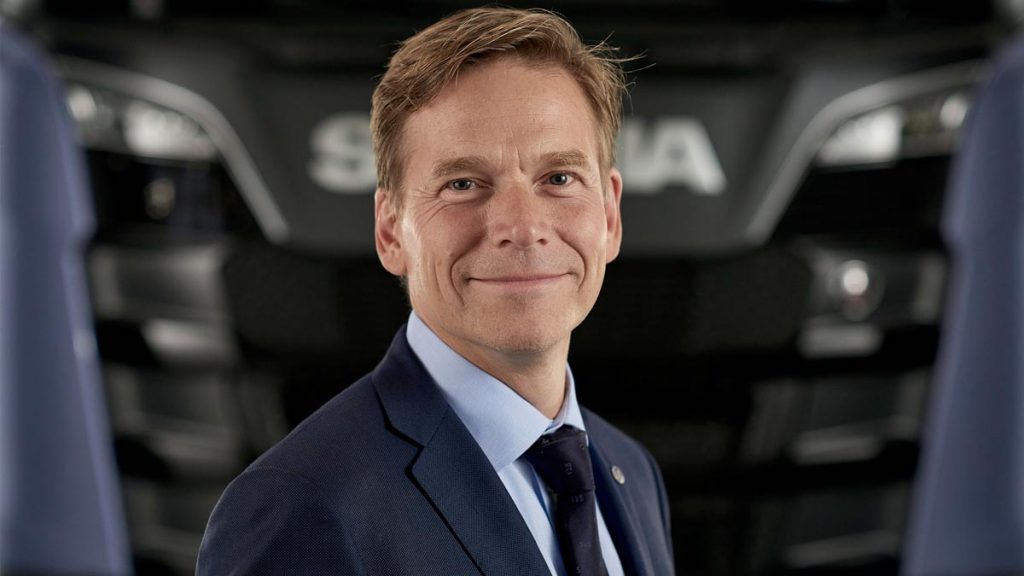 TRATON Group believes hydrogen will only be suitable for niche applications, and sees battery electric vehicles (BEV) as the future of long-haul transportation in Europe.

“I used to be an advocate of hydrogen, but have since changed my mind and am more sceptical and realistic,” said Christian Levin, president and CEO of Scania and CEO of TRATON (pictured), who explained that the company has plenty of practical experience with the fuel, and is currently running hydrogen fuel cell trucks in Norway and Sweden.

“Our belief was that the fuel cell would be the answer, however one huge problem has emerged with these vehicles, and that is the energy inefficiency.”

He explained that from a well-to-wheel perspective a BEV has an overall efficiency rate of 75%. This compares favourably with diesel, which is roughly 50%. With hydrogen, by the time you factor in electrolysis, compression and liquefaction, transportation and filling, fuel cell and power generation, the overall efficiency rate is just 25%.

“So that means that the operating cost of a vehicle is three times higher [than BEV]. And to offset three times the fuel cost is very difficult for most customers,” he said. “We have gone into details thoroughly, and analysed segment by segment, application by application, market by market, and we see that the BEV in most applications will always beat the hydrogen vehicle on TCO. And that is the name of the game.”

Levin also highlighted the lack of green hydrogen available, and said that even when production increases, it’s likely to be purchased by chemical companies and the steel industry, who will be prepared to pay more for it.

“We agree [with Daimler and Volvo] on most things in the transition to clean energy, but on hydrogen we think they are really over optimistic,” he confirmed. “And we don’t think it is fair to tell governments around the world to invest in a hydrogen infrastructure alongside the battery electric infrastructure. We might be wrong, and they might be right, but that’s the standpoint of MAN and Scania.”